China Evangelical Seminary (CES) was founded in the year 1970 by a board of representatives chaired by Elder Yong Wu, with representatives from various churches and missionary organizations. Rev. James H. Taylor Jr. served as the first president of the seminary. In early years, CES operated out of a facility belonging to the ShiLin Covenant Church on Fulin street of the Shilin district in Taipei city. All we had was common calling to respond to the needs of the time to create an interdenominational Chinese seminary that could provide a comprehensive Master of Ministry degree program for all those who were called to His service. In 1973, the Theological Education by Extension Department was established to create more options and opportunities to train those seeking to be equipped for ministry. 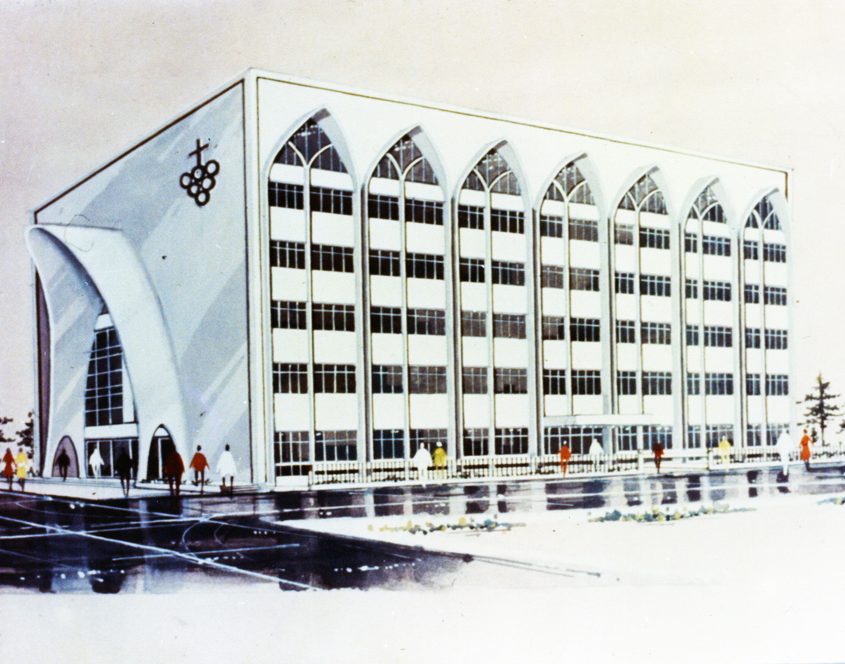 After 8 years of continuous prayer, 4 years of promotional work, and 3 years of construction, our Good Lord blessed CES with her first permanent residential campus through offerings from various churches. In 1979, CES moved from the borrowed facility to the CES building on Ting Chow Road. CES’s proximity to both National Taiwan University and National Taiwan Normal University meant that there was a high student population in her vicinity. This prime location offered a distinct strategic advantage for CES in promoting theological education.

In this new chapter of development for CES, Dr. Lin Dao Liang takes over as the first Chinese president of CES in 1980. In this period, CES experienced unparalleled growth due to an explosive increase in the number of youths dedicating their lives in service of His Kingdom. The resident student population reached 100 in 1981, which was ahead of the 1987 projection by 6 years. Faced with this unexpected growth, another round of expansion became necessary.

In 1984, CES reached an agreement with TEAM Taiwan to build the 6-story Evangelical Building in a 2644 square-meter lot adjacent to the present campus. This deal granted CES access to 1/3 of the building for covering 1/3 of the building and maintenance cost, which came to NTD 84 million (approximately USD 3 million). Completed in 1987, this new building could house up to 150 faculty members and full-time students. This development in our history was yet another testament to God’s provision and faithfulness

In the past 50 years, CES has nurtured approximately 2000 servants for His Kingdom, serving God and His people in churches, mission societies, and gospel organizations around the world. In this time, changes in diplomatic relationships between the straits brought about changes in domestic policy that obliged CES to recognize the need for an emphasis in expanding the horizons of our influence. In order to better respond to the needs of this time, we established “CES at Home, and CES International” as our new vision statements and decided on the new location for our third and upcoming school expansion in Bade, Tao Yuan. The new facility is estimated to be completed by June of 2019, and will be officially in use in the Fall semester of 2019.